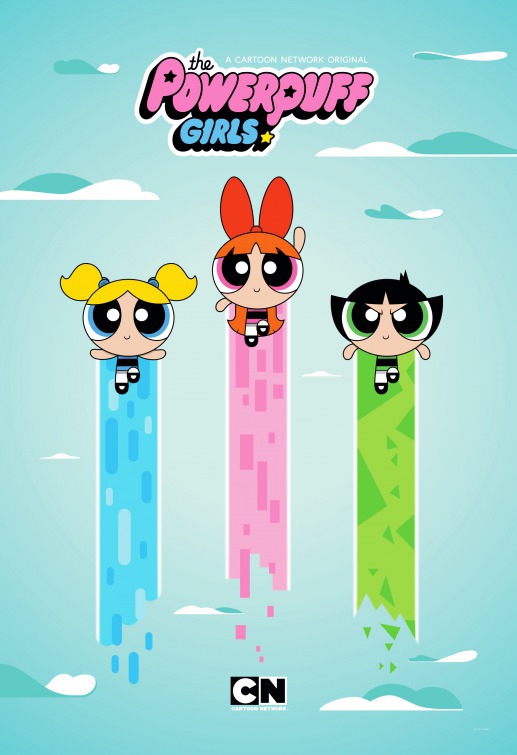 Made from sugar, spice, everything nice and Chemical X by the Professor; Blossom, Bubbles, and Buttercup now use their superpowers and super cuteness to save the world (or at least Townsville) from ev

Which group do you think we got stuck with?

I really, REALLY wanted to like this show, but after watching the first six episodes (and HATING two of them), I officially call this series a soulless, pandering, hack-job excuse of a show that could have had potential.

The only thing I can actually say I enjoy about this show is the art style (which I'm aware is far from original). Don't think I haven't seen older cartoons use it. When you think about it, there's hardly an original idea to be found in this entire show (many jokes and references are "borrowed" from other shows, and sometimes even the original Powerpuff Girls). The fact that the three original voices were replaced whereas several others return does not anger me, but it definitely confused me. However, those aren't even real problems in the grand scope of this puffy abomination.

The violence has been cut back dramatically and replaced half- assedly with rushed morals amidst a panned-out eleven-minute episode. Nobody who enjoyed the original asked for these changes (especially the removal of Ms. Bellum for being "too offensive." In what way?!)

Among the most painful aspects about this show tries to be way too heavily involved with pop-culture in a desperate attempt to be current and popular with the consumerist mindset. It pushes memes, smart-phones, trends (Blossom and Bubbles twerk in one episode. Enough said). These references take up a significant amount of running time that could otherwise be devoted to actual storytelling, and their overuse is an assault on the mind.

To me, the most mortifying aspect of this series is that it's allegedly for the next generation of PPGs fans, but there really isn't a way for them to understand what this incarnation is supposed to represent. How are people supposed to understand who, what, or why the original villains are when they're just shown hanging around and acting weird? How are you supposed to feel for the girls if you don't know why they have superpowers or fight crime? Expecting the new audience to understand what's going on is like expecting civilians in a combat zone to join a platoon and immediately know how to fight like soldiers. If this series is for new fans, it doesn't work because it's impossible to grasp; if it's for fans of the original, it doesn't work either, because they will find this incarnation infuriating.

Overall, this show is yet another reboot that is too fixed on pandering to kids (TV has always underestimated the power of young minds to various degrees) to realize that it's administering a golden shower unto the original series and what people loved about it. I can only hope that it improves, but at this point, I don't really see that happening.

This reboot is to the original Powerpuff Girls as Teen Titans GO! was to Teen Titans. This show might actually be worse than TTG!. This is an okay reboot of the Powerpuff Girls but not as good as the original show. I mean Bubbles new voice is OK but I prefer Tara Strong for the voice of Bubbles cause Bubbles sounds much cuter with Tara Strong's voice. Also Buttercup still loves to fight and also Blossom is usually the smart one of the group but in some recent episodes that I have seen she hasn't been all that smart. It's nice that Tom Kane, Tom Kenny and Roger L Jackson again but it just feels out of place without the girls original voices. Maybe this show will have better episodes with good ideas. If not that it's more then likely gonna be canceled. Its also nice that the girls appearances haven't changed much but I still like the girls older voices better. 5 out of 10 is fair enough for this.